Bogotá is a strategic economic location not only for Colombia but for the whole Latin America. During the past few years, the city has consolidated its position as more than just the political capital. It is rapidly becoming a startup hub with a vibrant and healthy ecosystem landscape that is attracting international recognition and investment.

Prompted by favourable lows for entrepreneurs, major incentives from both the private and public sector and a spirit of innovation, Bogotá has established a very healthy startup ecosystem with amazing prospects for the future. International investors have not failed to recognize the potential of the city and, according to Invest in Bogotá, the city is attracting 48% of the foreign projects arriving in Colombia. In fact, the diverse scene of investors and funding opportunities should be according to the Founder Institute, one of the main reasons why people should build or relocate their startup in Bogotá.

While the city presents great prospects for seed and pre-seed startups, it has proved that it can also produce and shelter major success stories such as Rappi (the first unicorn in Latin America), Authy (a successful exit), Mercadoni, Tapps and Fitpal. Bogotá is also not short of events for startups, communities, coworking spaces and resources to guide both entrepreneurs and investors in their journey towards success.

If you are interested in relocating, investing or starting a company in Bogotá, here is a list of the most important factors that comprise the startup ecosystem landscape of the city. 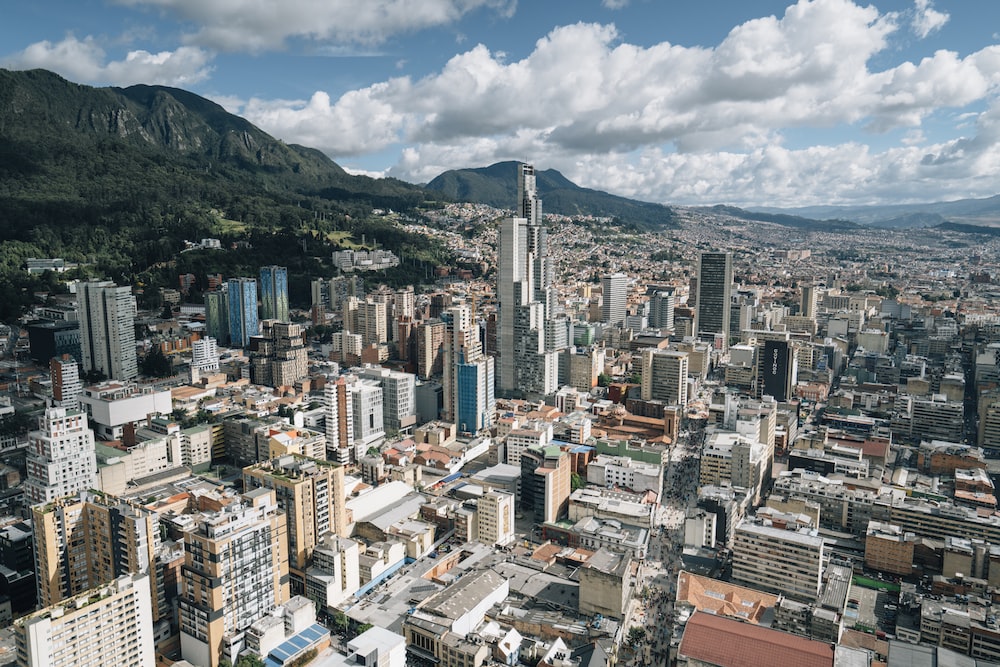 Bogotá can pride itself on a modern framework that is favorable to entrepreneurs and investors alike. The past 10 years saw major reforms that have allowed the economic sector to bloom. Together with the reforms, the central government has also invested in the infrastructure which attracted businesses and foreign funding in Bogotá.

Reduced bureaucracy, better insolvency laws, incentives for investors and early-stage companies have been some of the best results of the legal reforms. According to the World Bank’s 2020 “Ease of Doing Business” Index, Colombia ranks 67 out of 190, Bogotá being the city surveyed.
The new Entrepreneurship Law of 2020, was an active step towards reviving the economic landscape of Colombia. Together with the Economic Growth Law that allows for tax cuts for entrepreneurs under certain conditions, the Youth Entrepreneurship Law and The Orange Law were targeted towards the creation of a favorable climate for young and aspiring entrepreneurs and for businesses operating in creative industries. The Visa Requirements for Investors are designed to allow for various types of investment commitment. While the R visa is for those willing to invest over 650 times the Colombian minimum wage, the M-6 and M-10 visas require an investment of between 100 times and 350 times the Colombian minimum wage.

At the city level, Bogotá has an impressive pool of attractive projects such as the Fund for Innovation, Technology and Creative Industries of Bogotá (Fitic) that was allocated in 2021 a budget of $8,800 million for disruptive and creative ideas. Moreover, the Free Trade Zones of the city allow startups to enjoy a reduced income tax of 15%. 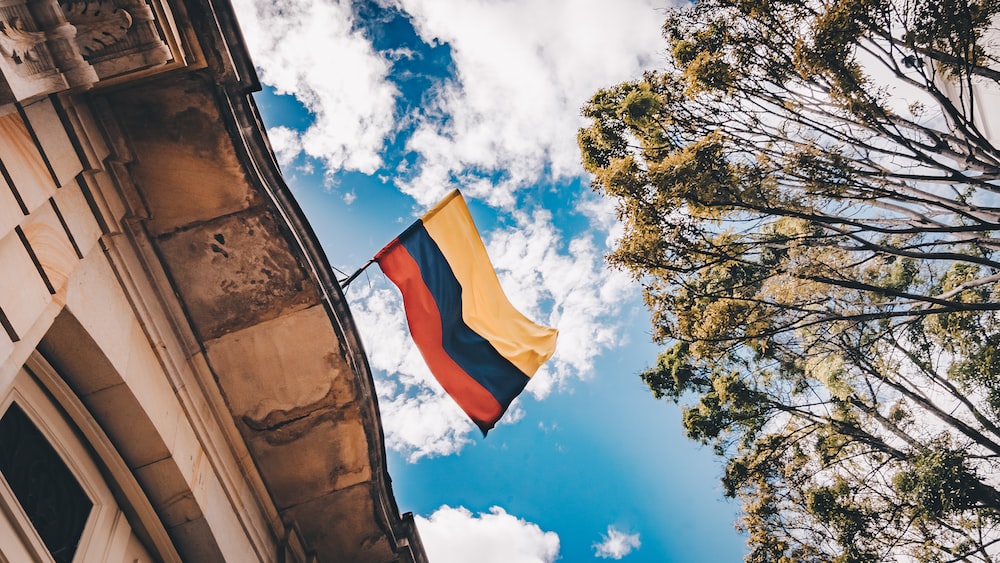 Private and Foreign Investment in Bogotá

Bogotá prides itself with a well-developed investment network. The Founder Institute remarks that the impressive amount of funding opportunities in Bogotá is one of the main reasons to start a business here. From Angel Investors to Accelerators and Incubators, Bogotá is well equipped to support startups at all stages of development.

According to “Invest in Bogotá”, the region received as of 2021 a total of US$481 million dollars in foreign investment. Ranked by the FDI in America’s Cities of the Future 2021/2022, Bogotá advanced to the second position, noting that almost half of the foreign investment projects in Colombia are directed in Bogotá. These foreign investments are good for creating hundreds of jobs as well as an important part of the economic regeneration of the region and a testament to the potential for development it holds. By far, the biggest foreign investor in Bogotá is the U.S.A, but Spain, France, Chile and Germany can be mentioned as major players in the investment scene.

With investments from Polymath Ventures, Magma Partners, Wayra, Firstrock Capital, SoftBank, Sequoia, Y Combinator, Rockstart, and 500 Startups, Bogotá has become a poll for startups not only in Colombia but in Latin America as well. 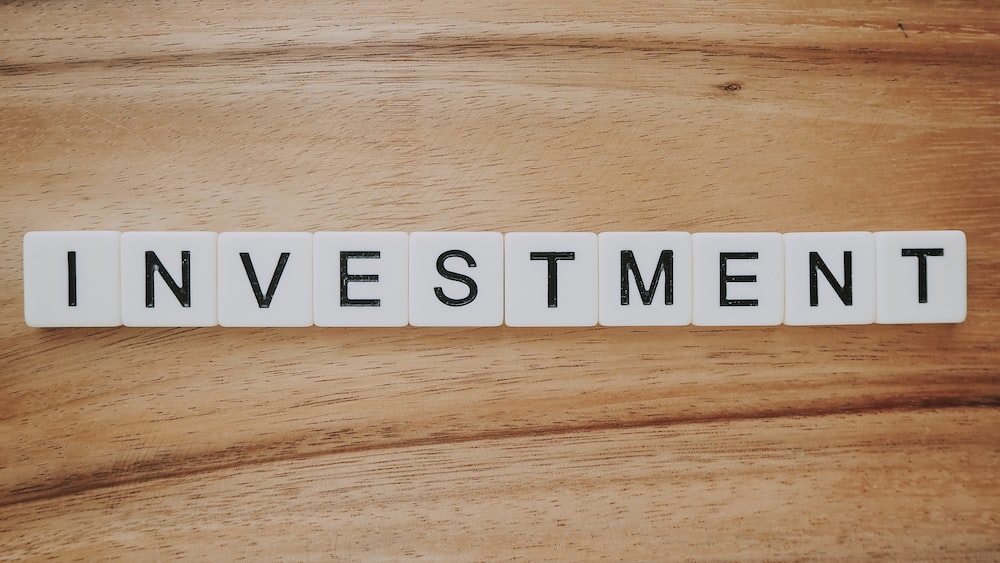 The tech parks located in Bogotá and the growing number of IT graduates attest to the growing IT sector. In the profile report for Bogotá, the U.S commercial service notes that “65% of Colombian software companies are located in Bogotá, generating 48% of total employment in Colombia’s IT sector”. Moreover, the IT Services industry is also a priority sector for investment alongside Creative Industries, Automotive and Transportation and Infrastructure projects. Invest in Bogotá identifies the IT sector as the main industry where startups in Bogotá are concentrated, amounting to 23.7% of the surveyed startups. A notable sector that is thought to be on the rise is the creative industries, with startups receiving protection and incentives under the “Orange Law” and investment for both government and public companies.

All in all, Bogotá is making active efforts towards innovation and has already established itself as a startup hub in multiple industries. 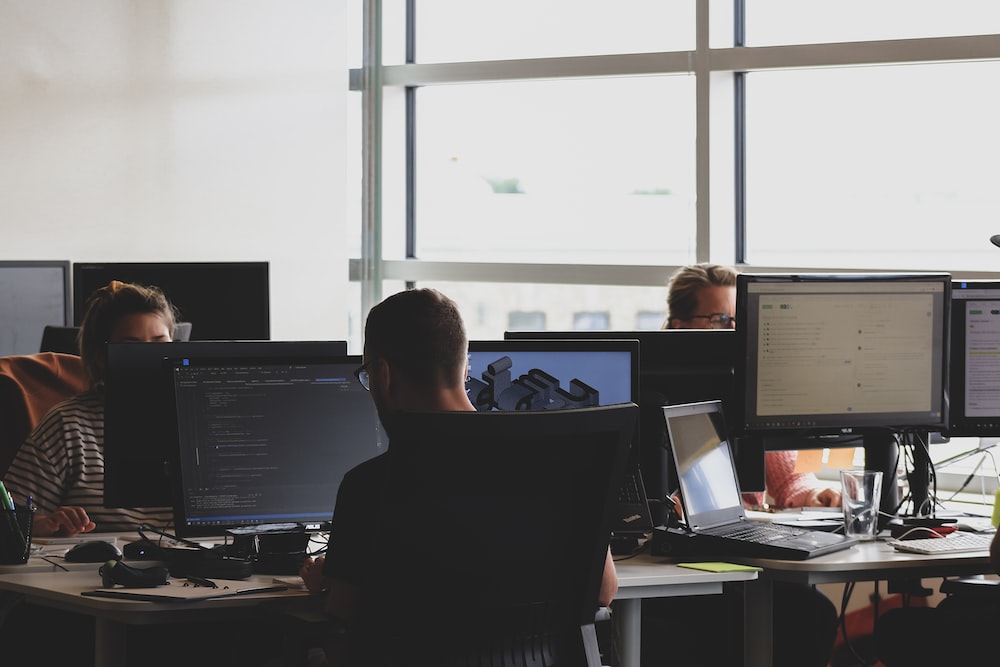 Events and communities for entrepreneurs

In 2021, Bogotá won the South America’s Leading Business Travel Destination Award, for the second year in a row. According to “Invest in Bogotá ”, the city is home to dozens of events for entrepreneurs and more than 40 coworking spaces have been set up. Among the most notable ones are Carpe Diem House, Colabora, El Cluster Coworking Hub, House Lab, and AtomHouse.

Go Fest is Bogota’s Entrepreneurship Festival. Held between 15 -17 June 2022, Go Fest offers the space to generate knowledge and inspiration, through the presentation of international trends. The event boasts an academic agenda on innovation and fosters the relationship of entrepreneurs with the most relevant actors in the ecosystem. HubBog the “Campus of Startups” provides networking opportunities, coworking spaces, accelerator programs, mentorship as well as organizes events in Bogotá. Other event organizers and facilitators in the startup community are Connect Bogotá Región and 100 open startups who most notably set up the Open Innovation Summit Colombia in 2021. This year, BOGOWEEK held between 21-25 February 2022 is bringing together the whole Colombian ecosystem attracting startup developers and entrepreneurs from the region. 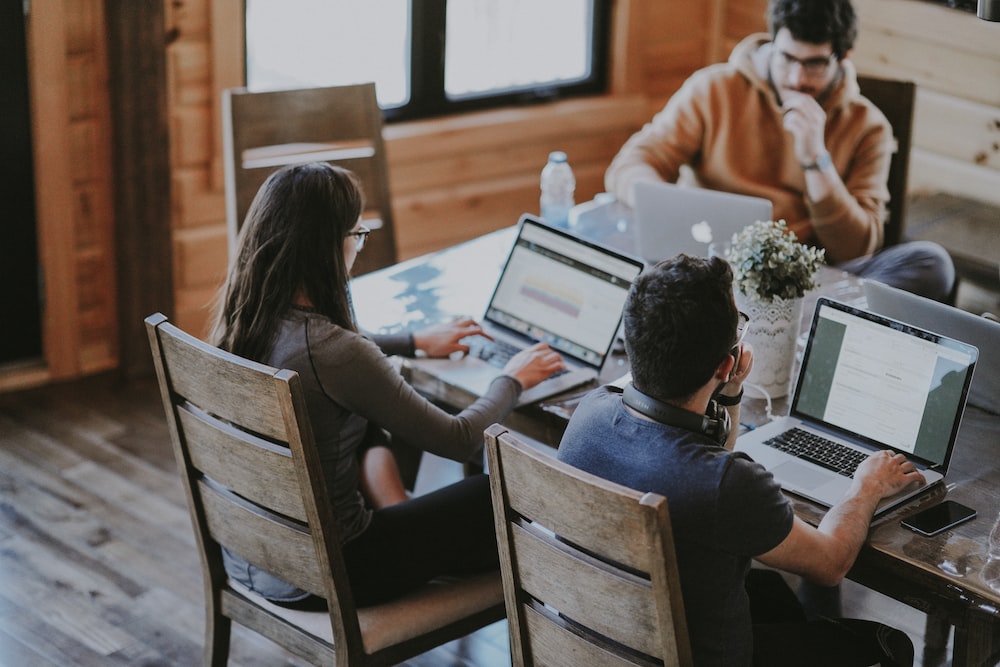 Bogotá has a great support system for entrepreneurs and investors providing them with all the necessary information and resources. Here are the most notable stakeholders for the startup ecosystem: 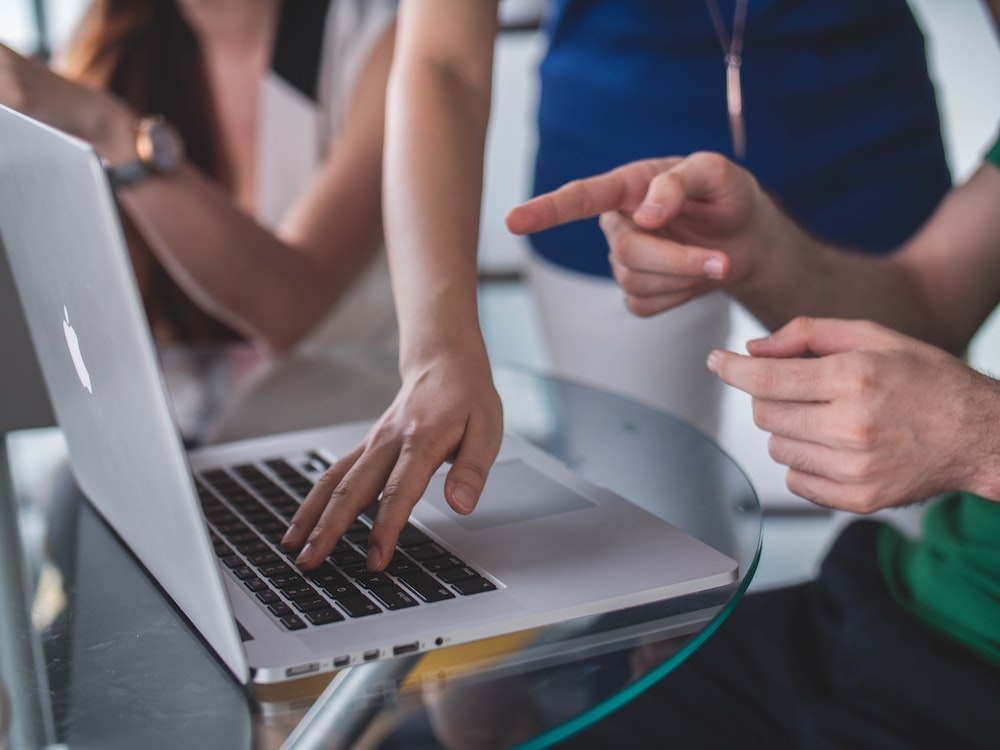 Sustainability of the startup ecosystem

Bogotá managed to lay the foundation of a sustainable startup ecosystem by developing itself on multiple fronts.

The city has the capacity to produce a highly professional workforce: 5 out of the 100 best Latin America Universities are located here and there is a total of 135 higher education institutions. Furthermore, the well-developed infrastructure of the city enables interconnectivity within the country and internationally. The Bogotá Airport, the North Motorway Expansion and other infrastructure projects make Bogotá a city with good future prospects. Most notably, the good communication between the public and the private sector, the access to resources and the network of investors, VC, accelerators and coworking spaces is what makes Bogotá a truly stable and healthy startup ecosystem. 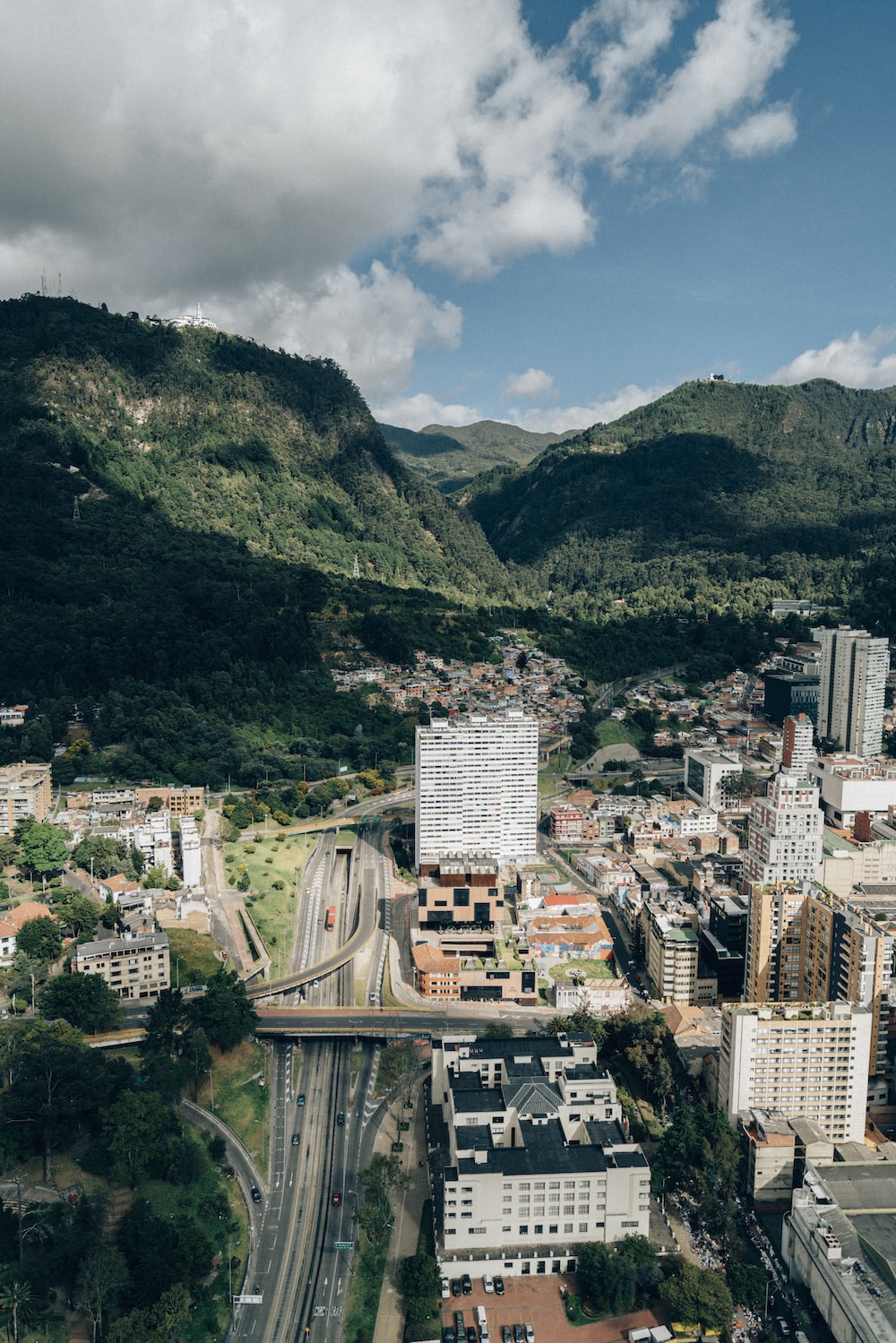 Leave your details below and we will get in touch with you on the benefits of relocating and/or investing in Bogotá: